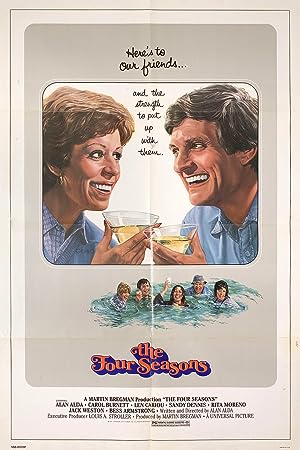 Three couples vacation together every season. After one divorces, feelings of betrayal and more spawn criticisms of each other. But the things that keep them together are stronger than those which otherwise might pull them apart.